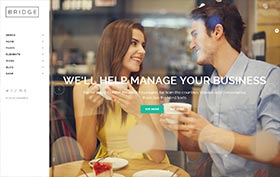 When Timaeus’ son was born, there was certainly a party in Jericho. His father, whose name means “highly esteemed,” had just had a son. He was given the name Bartimaeus, son of Timaeus. The family succession was assured.  Alas, it was soon discovered that Bartimaeus was blind. Instead of becoming a respected and esteemed man like his father, he became a beggar. Bartimaeus was “lowly esteemed.” The years went by. Bartimaeus sometimes heard the sound of a coin falling into his beggar’s cup, his only sound of comfort.

Then one day, he heard another sound, that of a raucous crowd approaching. It was Jesus, who was passing by on the road. So Bartimaeus began shouting, ‘Jesus, Son of David, have mercy on me!’  Mark 10:46-52 (NLT) Many in the crowd wanted to silence him, but he shouted even louder, ‘Son of David, have mercy on me!’ Jesus stopped and said, ‘Tell him to come here.’
‘Be of good cheer,’ they said. ‘Rise, He is calling you.’ Bartimaeus took heart and threw aside his coat, his only possession of worth. Leaping up, he came to Jesus. His faith caused him to walk towards the Savior. Jesus answered and said to him, “‘What do you want me to do for you?’”

This is a crucial question. Jesus knew that Bartimaeus was blind and a beggar. Jesus knew his need. But He wanted Bartimaeus to express his faith, not for a few meager coins but for healing. Faith comes by hearing, and sometimes we need to hear our confession of faith proclaimed from our own mouths. If you confess the Lord Jesus with your mouth and believe in your heart…you will be saved. ‘My Rabbi,’ Bartimaeus answered, ‘I want to see!’ Then Jesus said to him, ‘Go, for your faith has healed you.’ Instantly he could see, and he followed Jesus down the road.

I boldly declare that my faith is GOD’s overcoming force in me. My faith is strengthened day by day and I have overcome the world by faith in Jesus name.

This website uses cookies to improve your experience while you navigate through the website. Out of these, the cookies that are categorized as necessary are stored on your browser as they are essential for the working of basic functionalities of the website. We also use third-party cookies that help us analyze and understand how you use this website. These cookies will be stored in your browser only with your consent. You also have the option to opt-out of these cookies. But opting out of some of these cookies may affect your browsing experience.
Necessary Always Enabled

Any cookies that may not be particularly necessary for the website to function and is used specifically to collect user personal data via analytics, ads, other embedded contents are termed as non-necessary cookies. It is mandatory to procure user consent prior to running these cookies on your website.